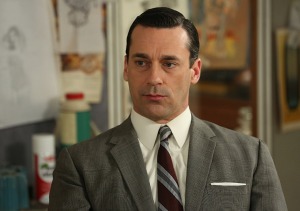 Imagine being a politically liberal person in 1968 America.  You are a supporter of the Civil Rights Movement and are against the war in Vietnam; you feel as though your views are not reflected by the actions of the government.  But you do have hope: Martin Luther King Jr is a powerful voice in the fight for justice for all; prominent Democrats Eugene McCarthy and Senator Robert Kennedy come out against the war and successfully oust President Johnson from the Primaries.  However, by the beginning of June, both King and Kennedy have been assassinated and the Democratic nomination appears destined to go to Vice President Hubert Humphrey who – as was mentioned here last week, then noted by Don in tonight’s episode – had the majority of the delegates sewn up.  Come November, the White House will be won by Richard Nixon and the Vietnam War will continue on for another seven years – the feeling of hope and expectation is gone; the sense that there was a swing towards a more liberal mindset in the United States, vanquished.  In the next 24 years, the Democratic Party will hold the Presidency for just one term as the country moves further and further to the right.  Over the course of tonight’s Mad Men episode, which concluded with the news that Senator Kennedy had been shot, Don Draper – who is far from a liberal, but has defined himself as being against the war  – experienced a similar fall from a feeling of power and control, to a place where he feels desperate and alone.

At the beginning of the hour, Don is heading down in his apartment building’s elevator and overhears Dr. Rosen arguing with Sylvia – his wife and Draper’s current love interest – over Arnold’s wish to move to Minnesota.  While he wants no part of this domestic quarrel, Don’s interest is piqued when Sylvia calls him at works and tells him “I need you and nothing else will do” and so arranges to meet her in a hotel, then proceeds to dominate her over the course of the next day and a half, making her stay in the room and wait for him to return.  At the same time, Draper is also engaged in a power struggle at work, as the merger between SCDP and CGC has become a reality and everyone is figuring out how they can work together and, in some cases, if they will have a job at all.  As a partner, Don does not have to worry about his employment continuing at the new company, but he is concerned about his position in comparison with Ted Chaough, as the two creative geniuses – who were the progenitors of this amalgamation – compete to be the alpha male.

It is Ted who gains the advantage in the first meeting we see at the new agency, as he is chivalrous in giving up his chair to his assistant, Moira – as opposed to Pete, who had been willing to take away the same woman’s seat in the first place; and Chaough also reveals himself to be a pilot who can fly them up to a meeting with Mohawk in his own private plane.  After Draper misses a creative meeting about the first piece of new business they will do together – Fleischmann’s Margarine – because he was having a rendezvous with Sylvia, he uses a technique that proved effective on Roger back in the Sterling Cooper days, utilizing his ability to drink more alcohol than his opponent as a way to appear stronger (though with Sterling, he had to throw in oysters and a stair climb to overcome his elder).  Not content with just getting his new partner drunk, Don also berates him by telling him, “If you don’t want to drink, you don’t have to drink” and, when Ted says he needs to eat, “Doesn’t ice count?”.  To add insult to injury for Chaough, during this drinking session Don also comes up with a good idea for a potential commercial for Fleischmann’s, to which the CGC man can only add that there should be “cows and bacon”.

While this plan works in the short-term – Ted embarrasses himself in front of the rest of the creative team – Draper’s arrogance means his power quickly begins to unravel.  First, he is upbraided by Peggy for what he did to his new partner, as he tells her that Ted is a grown up, but his former protege simply responds, “So are  you”.  Then, Don is the one feeling queasy as he is flown by Chaough upstate for their meeting with Mohawk and he is not only uncomfortable in the small aircraft, but also recognizes that whatever he says to the client, Ted will get all the recognition for having been the one who flew them up there in his own private plane.  When he returns, Draper finds Sylvia unwilling to continue both their little role play in the hotel room, or the affair in general as she states that she is ready to return home to her husband.  Perhaps in taking away her book – The Last Picture Show, a coming of age novel by Larry McMurtry – Don took the domination one step too far, as he left Mrs. Rosen too much time to think and dream about her own situation.  Whatever the reason for this change of heart by Sylvia, her decision to end the affair leaves Draper looking helpless and sad, unable to connect to anything else in his world, neither Megan’s talking – which he does not even hear – nor the death of RFK, which barely seems to register with him as he contemplates his own loss. 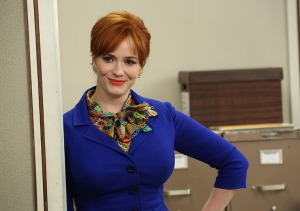 Elsewhere, many of the SCDP employees we know are concerned about the security of their jobs, from Pete Campbell – who has the added distraction of his mother, who appears to be suffering from Alzheimer’s and her confusion causes Pete to have to leave meetings early and miss the trip to see Mohawk altogether – down to the kiss-ass, Bob Benson.  However, in tonight’s episode, instead of being unbearable, for once Bob actually appears to have a human side, as after he walks into Joan’s office and witnesses her in severe discomfort, he makes it possible for her to exit the building without anybody noticing her ill-health, then lies to a nurse to ensure that she gets faster attention in the hospital.  While (presumably months of) buying coffee for Campbell does nothing to help Benson when the personnel cuts are being decided, the kindness he shows to Joan – who it turned out, had a cyst on her ovary – results in her finding an excuse for him to be kept on at the agency at somebody else’s (Lawrence from CGC’s) expense.  There was no such luck for Margie in accounting though, who had seen the writing on the wall as after she met Peggy and Ted, she told Stan and Ginsberg “Nice knowing you” – later on, we discover she has been let go.