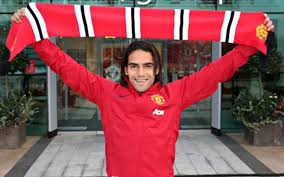 Like a kid on Christmas morning who has got the exact present they wanted, but realized they will have to wait another day to play with it since it did not come with the requisite batteries, Manchester United fans have had to wait through the international break to finally get a glimpse at their deadline day signing, Radamel Falcao.  With the Colombian striker’s debut likely this Sunday against Queens Park Rangers, alongside a thrilling slate of fixtures, this weekend promises to be one of the most exciting of the season, even at this early stage.  Before we get to what’s to come, here’s a look back at the action that took place two weeks ago – before the annoying stoppage for the international calendar to take over – starting with the most surprising result and ending with Tottenham being thrashed by Liverpool.

Maybe this was not so much of a surprise, because since the start of the 2013/14 season, Manchester City have played 37 games against teams other than Stoke and scored 106 goals, but in their three fixtures against the Potters they have managed to find the net just once in 270 minutes.  The reigning champions enjoyed 72% of the possession and should have had a penalty when YaYa Toure was fouled in the area, but Stoke earned their victory with a fantastic individual run and finish by Mame Biram Diouf.  The result was particularly satisfying to the Potters’ manager, Mark Hughes, who was sacked by City in 2009.

This was not surprising for the fact that Chelsea won, but because of the actual scoreline.  The match had everything (other than good goalkeeping and defending): five goals in ten second half minutes; Diego Costa scored in the opening and final minute, but also showed his nasty side by berating Seamus Coleman after he put the ball into his own net; Samuel Eto’o got a goal against his former club with his very first touch; and Tim Howard had to forfeit the title of “Secretary of Defense” he had been given with his performance against Belgium at the World Cup.

A good point for the newly promoted Leicester, but it was a shock that Arsenal did not win the game late on, as they picked up points in the final five minutes of their opening two fixtures with Everton and Crystal Palace.  On transfer deadline day, the Gunners brought in Danny Welbeck from Manchester United to strengthen their attack and – unfortunately – if he is played as an out-an-out striker, he could enjoy a renaissance similar to the one Daniel Sturridge has found at Liverpool.

After this scoreless draw, many jokes were made about how to only draw with a struggling side was a disappoint result…for Burnley.  When they look back on it, United fans might see this as the turning point that convinced the Board to spend £16m on a one season loan on Falcao, who has the talent and goalscoring ability to propel them back into the top four.

It was a good weekend for the sides that were promoted from the Championship last season, with Leicester and Burnley getting those two credible draws, plus QPR earned the first victory any of the three have had this campaign with a 1-0 success over Sunderland.  Harry Redknapp abandoned the 3-5-2 system and his troops looked more comfortable in a 4-4-2 formation and they were further bolstered by the additions of Sandro and Niko Krancjar on deadline day.

The Swans maintained their 100% record to the league season with an easy victory over West Brom, which featured a fantastic volleyed goal by Wayne Routledge.  Gylfi Sigurdsson once again played brilliantly since his summer move from Tottenham, while the Baggies look like they are strong early contenders to take one of the three relegation slots come next May.

The Eagles bracketed this match with a goal inside 30 seconds and one in the 95th minute – that late equalizer scored by Wilfred Zaha, who has returned to Palace on a season long loan.  Newcastle’s form since the beginning of 2014 has been absolutely woeful and if Alan Pardew was not on a long-term contract with a relatively low (by Premier League standards) salary, then he probably would already have been sacked.

Ronald Koeman got his first win as Saints boss with a come-from-behind victory over the Hammers, who have lost all three of their home contests so far this season.

Aston Villa completely dominated the first half of this game and really should have been out of sight at the break.  It was more disappointment for Hull, who had been knocked out of the Europa League the previous Thursday night.

Last three league meetings: Tottenham 0 – 12 Liverpool.  The most annoying part of this defeat was that I did not see it coming, despite the reverses last season, because of the impressive performances Spurs had put in at the start of this campaign.  Under Mauricio Pochettino, Tottenham have employed high-pressing tactics; but against Liverpool, like a 19th century apothecarist who started coughing up blood and feared he had consumption, they were forced to taste their own medicine by Brendan Rodgers’ side.  Do I regret believing in this Tottenham side? Too early to say…There was further bad news for us Spurs fans as it was announced the club would have to leave White Hart Lane for a season due to delays in the permissions for the redevelopment of the stadium.

The pick of this weekend’s fixture list is the very first match that will be played, at the Emirates between Arsenal and Manchester City, a game that the reigning champions will be eager to win after their defeat against Stoke and with Chelsea up next.  The Blues face Swansea this Saturday, in a meeting between the only two sides who still possess 100% records in the Premiership; while Liverpool will host unbeaten Aston Villa in the late kick off that day.  Falcao is likely to make his Manchester United debut on Sunday against QPR, while Louis Van Gaal will also likely be playing Daley Blind at left-wing back as the Dutchman also joined his former national team’s manager on deadline day.  Spurs have a tough-looking trip to Sunderland; there is a Midlands derby between Stoke and Leicester; West Brom and Everton, neither of whom have won a league match yet this campaign, meet at the Hawthorns; while Crystal Palace host Burnley.  The big Monday Night Football Sky Sports Match Of The Week Starring Gary Neville and Jamie Carragher is between the mighty…Hull and West Ham; and Southampton entertain Newcastle, with Alan Pardew desperately needing a victory against his former club.

West Brom vs Everton – Away win

Hull vs West Ham – Away win