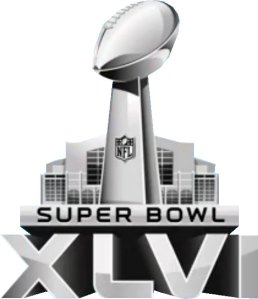 The first Superbowl I watched in the United States – rather than in the UK, five hours ahead – was in February, 2008 – when the Giants upset the Patriots perfect season to win Superbowl XLII.  Back then, it was easy to decide who to root for – New England was 18-0 for the regular season plus the playoffs, had been running up the score on opponents all year, and were double-digit favourites to complete their perfect campaign.  Going along with their huge underdog tag, the Giants also had the fact they were my new local team (sort of – New Jersey is still two rivers away) and, as a Yankees fan, it felt right to pick New York over Boston.  I went to a Superbowl party at a friend’s place in Hoboken – one huge upset, a helmet catch and a few too many beers later, we were high-fiving drivers as we headed back down Washington Street towards the PATH.  In the NFC Championship game, the Giants had defeated Green Bay – the team I have rooted for since I first started watching the NFL in the early 90s – and even though that was something of a shock result, it had come via a Brett Favre interception – which was not an outcome Packers fans were surprised about.

This time around, it is not quite so easy to hope for New York to win again.  The Patriots are nowhere near as unlikable this time around, mainly because they actually seem vulnerable, and this time are only 3 point favourites.  In contrast, the Giants have had all the hype surrounding them – they were widely expected to go into Green Bay and beat the 15-1 Packers – and somehow it happened.  Eli Manning, who half the time seems so scared of getting hit, throws off his back foot and makes himself vulnerable to interceptions, has been playing well enough for people to start debating whether or not he should be considered an elite Quarterback.  If he wins on Sunday, in the home stadium of his older brother, Eli will have two Superbowl rings – one more than Peyton – and will have to be considered among the games best.  Nevertheless, when it comes down to it, local pride and the rivalry with Boston means that I will have to be hope for New York to win this game.  Or, more accurately, the Patriots to lose.

As for how the game will actually go – I think New England are being underestimated at the moment, as the consensus appears to be that the Giants should be considered the favourites.  On turf, I think Tom Brady will run the Giants’ defense ragged and he will be able to score at will, enough that the Patriots own weak secondary will not cost them the game.

One thought on “This week in: American Football – Superbowl XLVI”